• Aims to boost mobile ecosystem for GALAXY Tab and GALAXY Note
• Record $4.08 million in prize money to be awarded along with marketing benefits
• Total of 80 applications will be selected as ‘Samsung Apps Super Apps’ and ‘Best S Pen Apps’ winners 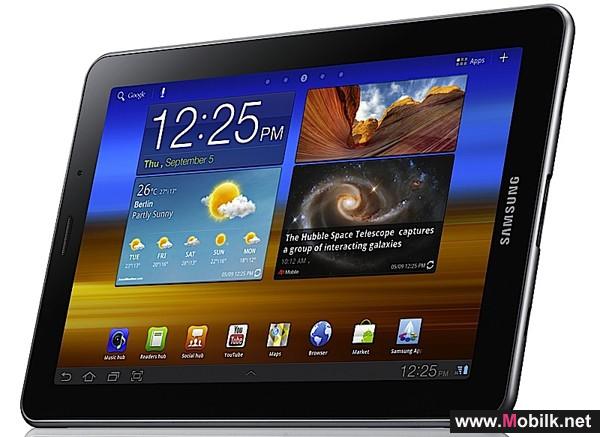 The contest is divided into two categories - ‘Samsung Apps Super Apps’ and ‘Best S Pen Apps’. A total of 80 entries will be selected as winners, receiving a record total of $4.08 million in prize money along with a variety of promotional benefits.

The challenge is open to all mobile application developers across the globe. Developers who wish to participate should sign up directly on the App Challenge website (http://www.smartappchallenge.com) and register their apps on Samsung Apps.

“Given the size of prize money and a variety of other benefits, we expect the competition will foster the growth of the ecosystem for GALAXY Tab and GALAXY Note applications,” said Kang-hyun Kwon, Senior Vice President of Media Solutions Center, Samsung Electronics. “Since their launch, the GALAXY Tab and GALAXY Note, along with Samsung GALAXY smart phones, have become must-have items for the smarter lifestyle. The Samsung Smart App Challenge will greatly enhance application choices for these devices so users can enjoy a richer experience.”

Contest entrants will be divided into two categories. In the “Samsung Apps Super Apps” segment, winning entries will be decided by the public, with the 30 most downloaded games and 30 most downloaded non-game apps winning a share of the prize money. In the “Best S Pen App” segment, a panel of judges will decide the winning entries, which will consist of 20 innovative applications which use S Pen’s functionality in interesting and experiential ways.

Winning entrants will be rewarded with record-high prize money and a variety of promotional benefits through Samsung’s global channels. They will be given a chance to promote their apps through a variety of social media channels as well as other online and offline platforms such as Samsung Mobile, Samsung Apps and Samsung Developers.

In order to encourage participation, Samsung Electronics will carry out an early registration event for developers and a variety of additional events for application users in connection with activities featured on its Facebook fan page for Samsung Apps (www.facebook.com/samsungapps).


Vivo, the leading technology company has once again impressed the world by merging vivo’s signature photography technologies with its powerful..


Etisalat announced that the all-new Samsung Galaxy Note10 is available across its business centres and retail stores from 1st September 2019. ..

Explore Your Style with the Latest Vivo S1 Pro